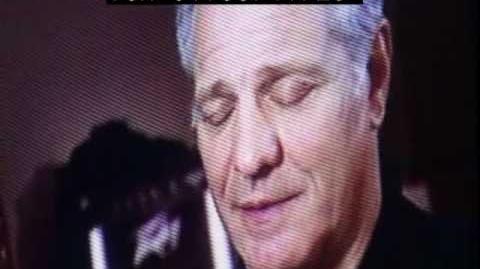 Raymond Tabano, also called Crazy Raymond was born December 23, 1946 in The Bronx, New York, U.S. He´s a musician and former guitarist of Aerosmith. He grew up as the childhood best friend of Steven Tyler. However, due to his eccentric behaviour and average playing skill, he was replaced by Brad Whitford in 1971. Nevertheless, he continued to be an integral part of the band. He designed the original Aerosmith logo. In addition, he helped maintain the band's office, hangout, and recording studio, "The Wherehouse", throughout the 1970s and started up the band's fan club and line of merchandise, designing and selling merchandise himself and writing the band's fan club newsletters. He was fired in 1979, by Aerosmith's managers Steve Leber and David Krebs for allegedly conducting business behind the management's back.

Tabano was a close childhood friend of Aerosmith lead singer Steven Tyler. In their hometown of Yonkers, New York, the two found themselves in between two local gangs. They met when Ray was in Steven's "territory" (he had climbed a tree that Steven loved to climb himself), and when Steven asked young Ray to get out of said tree, Ray replied with "Fuck you! I'm Ray-zan the Ape-man!" That immediately solidified their bond for the next fifteen or so years, because Steven was very impressed that somebody had the guts to stand up to him. Later, at around age 14 or so, the two formed the "Green Mountain Boys", a gang that would give them protection from the other gangs. The gang itself did nothing "gang-like" in the words of Ray Tabano, but did however humiliate other boys who expressed interest in joining. This "gang" would eventually form into Steven's first band, The Strangeurs.

Originally called the Strangers, the Strangeurs added a "u" to their name to avoid confusion with another band called the Strangers. The band consisted of Ray Tabano on bass guitar, Steven Tyler on drums, Green Mountain Boys gang member Don Soloman on keyboards and vocals, as well as a few childhood friends on guitars. The Strangeurs quickly gained praise in the local area because of their skills as a cover band. The band was skilled in the Top 40 hits of the day and quickly began earning a steady wage as a party band around the New England area.

The information on this post was taken from http://www.aerosmithtemple.com/

Community content is available under CC-BY-SA unless otherwise noted.
Advertisement